Follow Us
Latest posts by Syncomm Staff (see all)

Mitch Reitman, founder and principal of Reitman Consulting Group knows the importance of investing in a reliable telecom solution that prioritizes the complexities and needs of a modern, connected business. As one of the premier accounting, due diligence, and brokerage services providers to security companies and integrators, Reitman works with some of the leading names in the security and alarm industries. As the Reitman Consulting Group experienced growth, the company was experiencing increasingly unreliable telecom services that impacted his team’s ability to deliver consistent, exceptional service. Seeking an alternative to the aging digital infrastructure of his long-time telecom provider, Reitman turned to IPtelX, The New DICE Corporation’s sister company.

In this case study, we explore why Reitman Consulting Group selected IPtelX as their telecom provider, transitioning to a new telecom solution, and how the digital transformation has allowed Reitman to improve efficiency and interactions between their staff and a growing client base.

Before choosing IPtelX, Reitman Consulting Group acquired telecom services through a well-known national provider that used a traditional copper line system. With offices in an established residential neighborhood with an aging communications infrastructure, Reitman routinely experienced outages and connectivity issues. For over seven years, the company searched for an effective approach to transition from the copper line system to a fully digital system.

There were also several other factors to consider. The company employs many remote workers and was seeking a virtual system that allowed its staff to keep their phone extensions and communicate with one another without making long-distance calls. Reitman was also searching for a system that is low maintenance and will not require frequent support inquiries and troubleshooting.

After researching approximately 30 telecom systems, Reitman said IPtelX was a clear choice. Not only did IPtelX’s commitment to fast, cost-effective, mission-critical telecom exceed the company’s expectations, but its roots in the security industry and reputation for customer satisfaction gave Reitman a high level of satisfaction that if there were ever an issue, IPtelX would stand behind its service.

Reitman was also impressed with the seamless transition to the company’s new telecom provider. After supplying an IPtelX representative with some basic information, the process was able to take place without further involvement from the Reitman team. “I was very nervous and concerned about moving to a new provider, but one morning at 10:00 am, the service ported over, and there was not a single problem,” Reitman said. Although Reitman was familiar with the steps taking place, the IPtelX team answered questions and gave him confidence that the move would be completed without issues.

Since the transition, Reitman has contacted IPtelX support for assistance for minor steps such as initializing headsets and installing analog converters but noted that in every interaction, IPtelX exceeded his expectations.

In addition to the seamless transition and customer support, there are several efficiencies Reitman was not expecting when he decided to choose IPtelX. The new system has made the company more efficient by utilizing critical data to determine the hours employees spend answering phones, taking messages, and transferring calls for other people. An auto attendant is now used to send calls to individual employees and simplify communication between customers and staff.

With efficiencies comes cost savings. As Reitman explained, the time spent answering telephones can now be reallocated to increase productivity, allowing employees to allocate time to other service areas. Reitman also indicated that his overall cost is lower than what he was paying for his previous service without a significant investment in equipment.

For more information on the Reitman Consulting Group, visitreitman.us or call 817-698-9999.

For more information on THE NEW DICE and Matrix Interactive, or to schedule a demo, visit dicecorp.com or call 989-891-2800.

For more information on IPtelX or to schedule a meeting with an IPtelX representative, visit iptelx.net or call 989-891-2900. 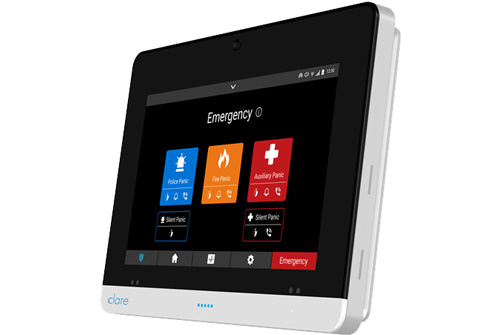